STAYING IN A KYRGYZSTAN YURT

STAYING IN A KYRGYZSTAN YURT

What is is like to stay in a Kyrgyzstan Yurt and called it home for one night? Kyrgyzstan Yurts are portable, sturdy, round felt-covered tents that you’ll often see as you are taking tours of Kyrgyzstan.

Kyrgyzstan is a nation defined by its natural beauty. Heading out of Osh, We headed up to Son Kul Lake just as the heavens open up a steep dirt road. It’s an incredible place, at 3016m it’s too cold for permanent habitation, but between June and September herders’ yurts dot the shoreside meadows.

We arrived, and the lake opened up in front of us, although the weather was terrible we drove about taking in the surroundings.

After a while of driving about, we decided to put ourselves up in a Yurt for the night. A yurt is the traditional dwelling place of pastoral nomads in Central Asia. A nomadic family can set up one yurt within a matter of 4-5 hours. 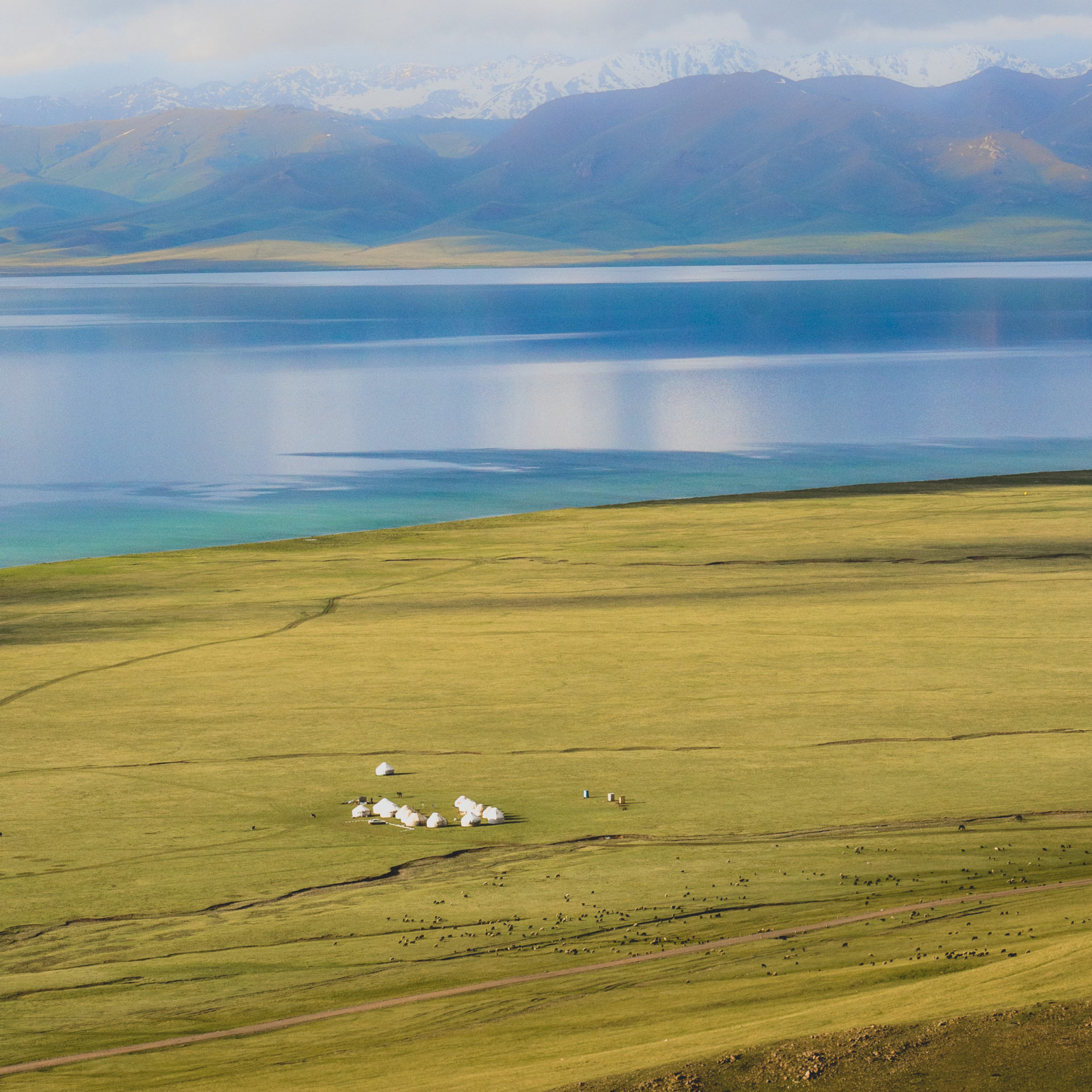 Looking down on our Yurt and the Lake

Many of the Kyrgyzstan Yurts there is part of the community tourism schemes. The area offers opportunities for yurt stay visits or multi-yurt hikes and horse treks.

We decided to go for one which was not part of the community tourism, and we wanted something a little more authentic and cheaper!! As you walk in, there are three single beds with a log burner in the corner.

Although a Kyrgyzstan Yurt is white and plain on the outside, inside they are awash with different colours.

Breakfast and dinner are included in the price. For this one, the price was around $8 each, and for the community tourism Yurts, it was double.

Dinner was an exciting affair as there seemed to be a huge family argument going on outside. The wife would serve us our course and then as she left the tent where dinner was served, the arguments would continue. Slightly awkward, but at least it is authentic!!

After dinner, we headed into our Yurt for the night, the fire was going, and it was undoubtedly cosy in there. I wanted to stay in a Yurt while I was here; it was a great experience and comfortable sleeping, so I would highly recommend doing it.

One thing to remember when setting out to sleep in a yurt is the cold. Song Kol is located at 3000m above sea level. Nights are never warm at such heights. Bring something warm if you are a cold sleeper. 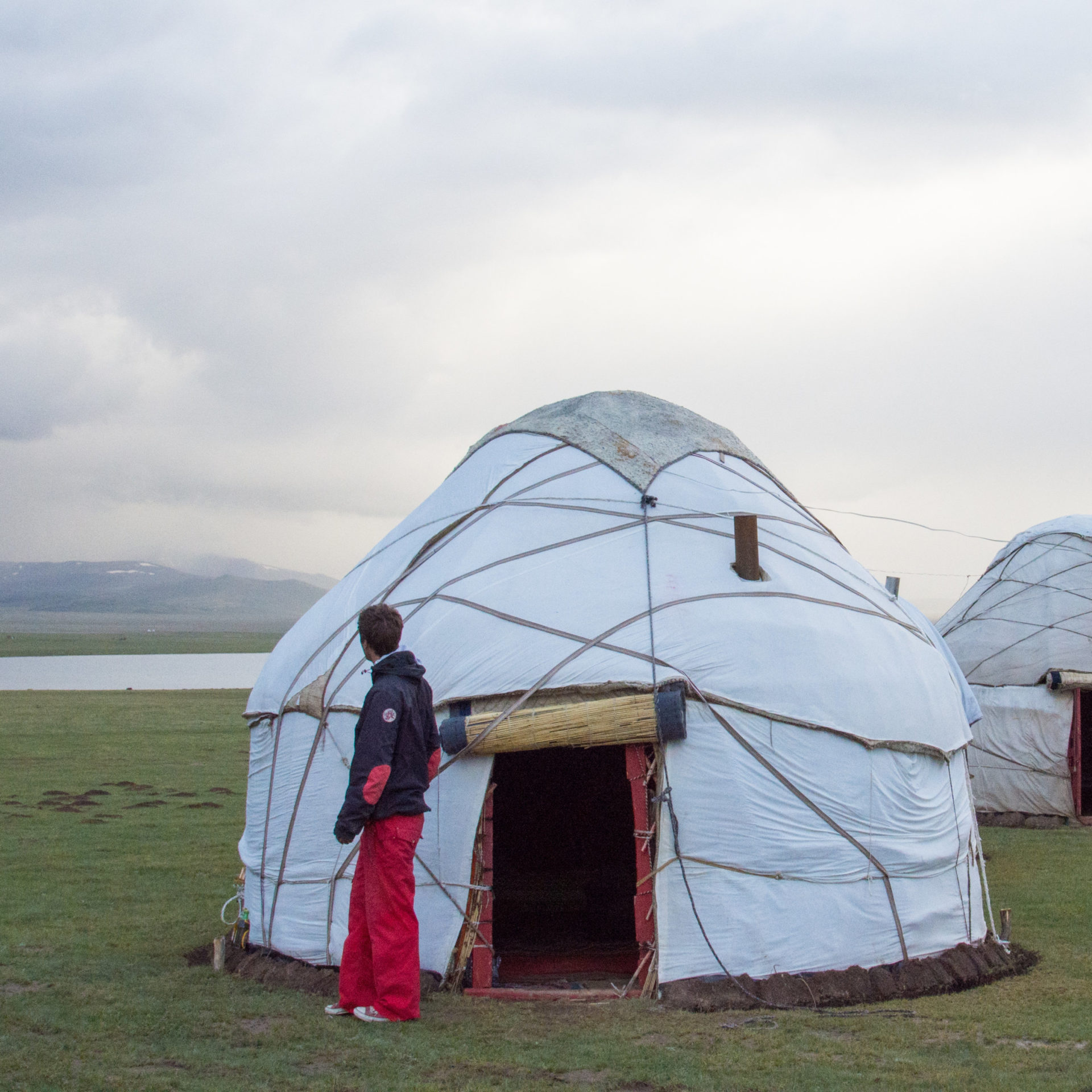 Coming out in the morning with Ski Gear on!!

Looking to create your own Adventure? Pin this post for later! 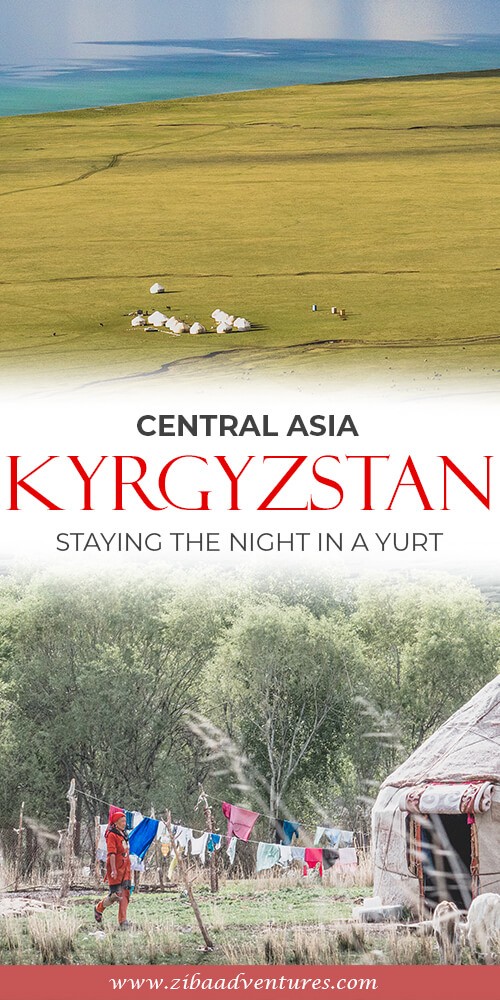 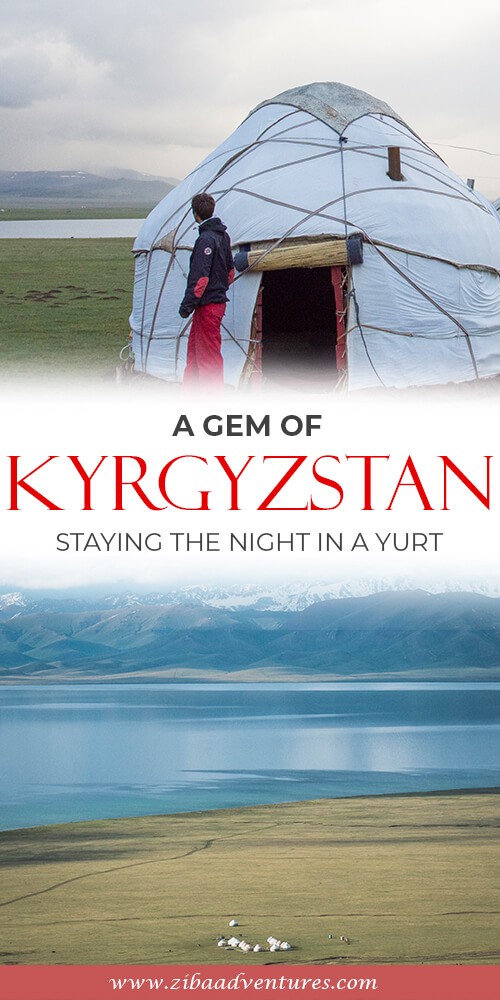 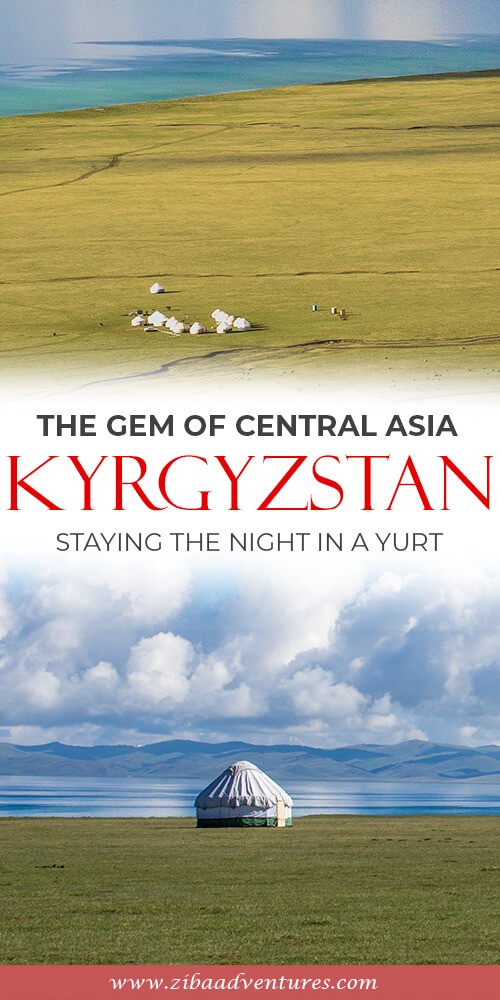