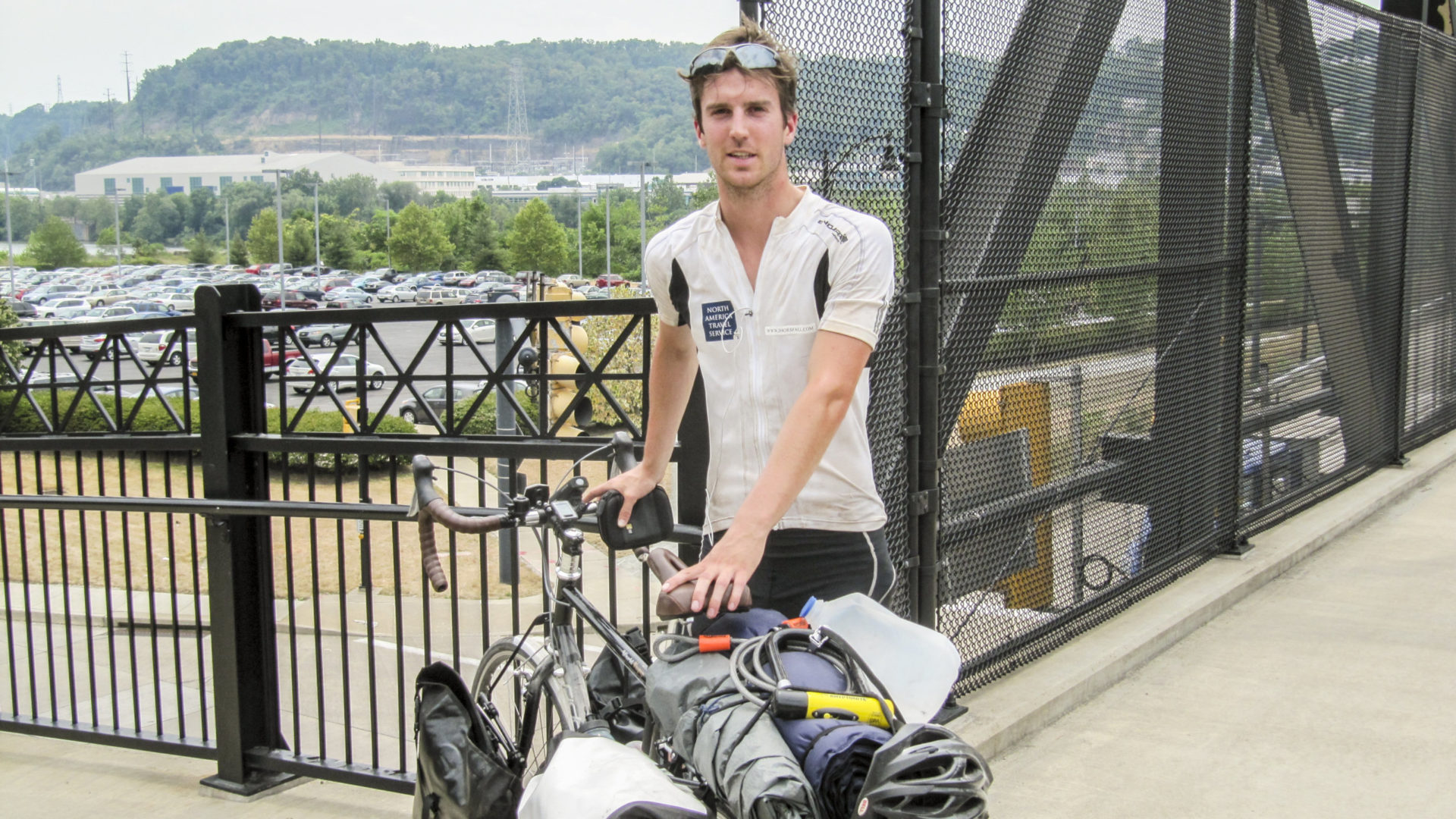 It took me a little longer than I had hoped but after half a dozen falls, a dozen bruises, one puncture and more bites then I have ever encountered I finally arrived at my first checkpoint, Pittsburgh, the home of Andy Warhol, Heinz and The Steelers. I am physically and mentally exhausted and looking forward to taking a day’s break from the saddle here. Just by coincidence, my day off happened to be the 4th July, Independence day, so I can look forward to a fireworks display tomorrow night.

I explored the city and looked at where I needed to get to in order to find my motel. Another 8 miles out of town! I wasn’t keen to go any more miles so I tried to find one a little closer. I grabbed some lunch from Bar Louie on the waterfront and searched for a motel close by. One of the waiters showed me an app that finds close by places and prices, he even offered me a place in his house for the night. I was really keen but I had been in the woods for three nights and needed a deep clean; my white shirt had turned a brownish red colour and my socks, well I won’t go into too much detail about them, but let just say they didn’t look or smell too great! So I politely declined but took his number anyway.

I eventually found a motel a couple of miles away and settled there for the night. I didn’t venture into the city as I initially planned, thinking I would rest up and save a big night for tomorrow.