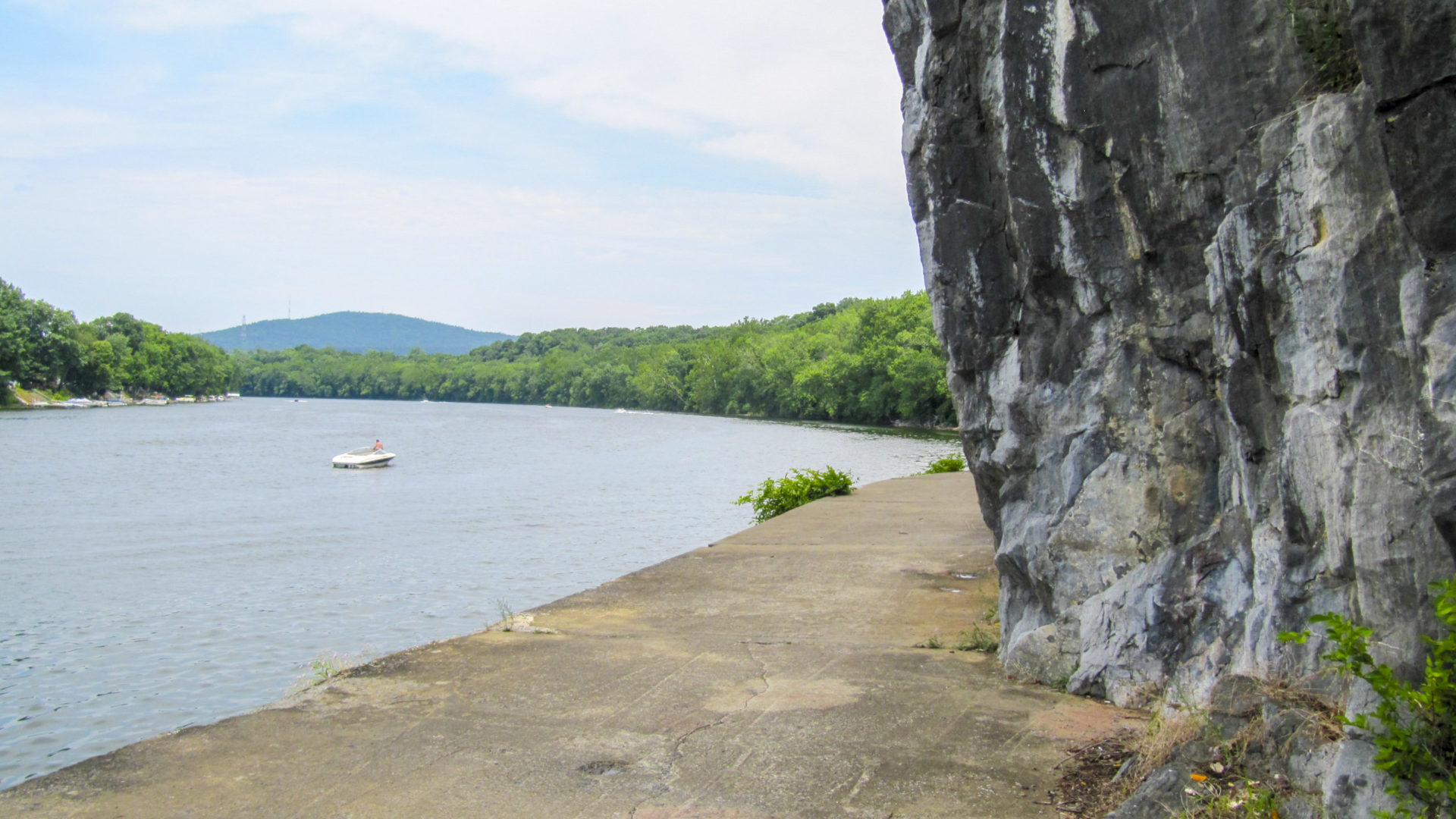 The next day I took the C&O trail, a beautiful trail, that would hopefully see me off the roads till Pittsburgh and in the shade a bit more than yesterday. Apart from the occasional fallen tree from the previous night’s storm getting in my way, by the afternoon I had made good progress. I had been on the trail for about 35 miles without seeing many people. The trail did have free camp grounds every 5 miles with everything you need. So when I had ridden passed 6 sites with no one in sight I was expecting to spend the evening alone.

I had ear marked one site called Devils Alley, but when I strolled up on a site with a group of boy scouts, I thought this could be an interesting night with them. One watches films when younger about the boy scouts or American camps and I was intrigued to see if there was any truth in them. However they seemed to be a pretty standard class, one half eager to learn watching the scout leader in every move he does holding onto each word he says like it is the gospel and then the other half who looked like they were force there by their fathers and couldn’t really care less and thought it was a bit of a laugh. Other bikers started turning up as the evening progressed, they were telling me stories of the night before, been caught up in the storm with trees falling on them. One told me he was so fearful for his life that he spent the entire night in the porter loo’s!! I can assure all my readers that these loo’s are worse then any summer festival porter loo could throw at you and the smell was indescribable.

After cooking myself a bit of pasta and an evening swim in the river I retreated to my tent to try and get some sleep. I could hear the boy scouts sitting round the fire telling stories, all it needed was a guy with a guitar singing and I reckon it would have been a complete American camping experience. 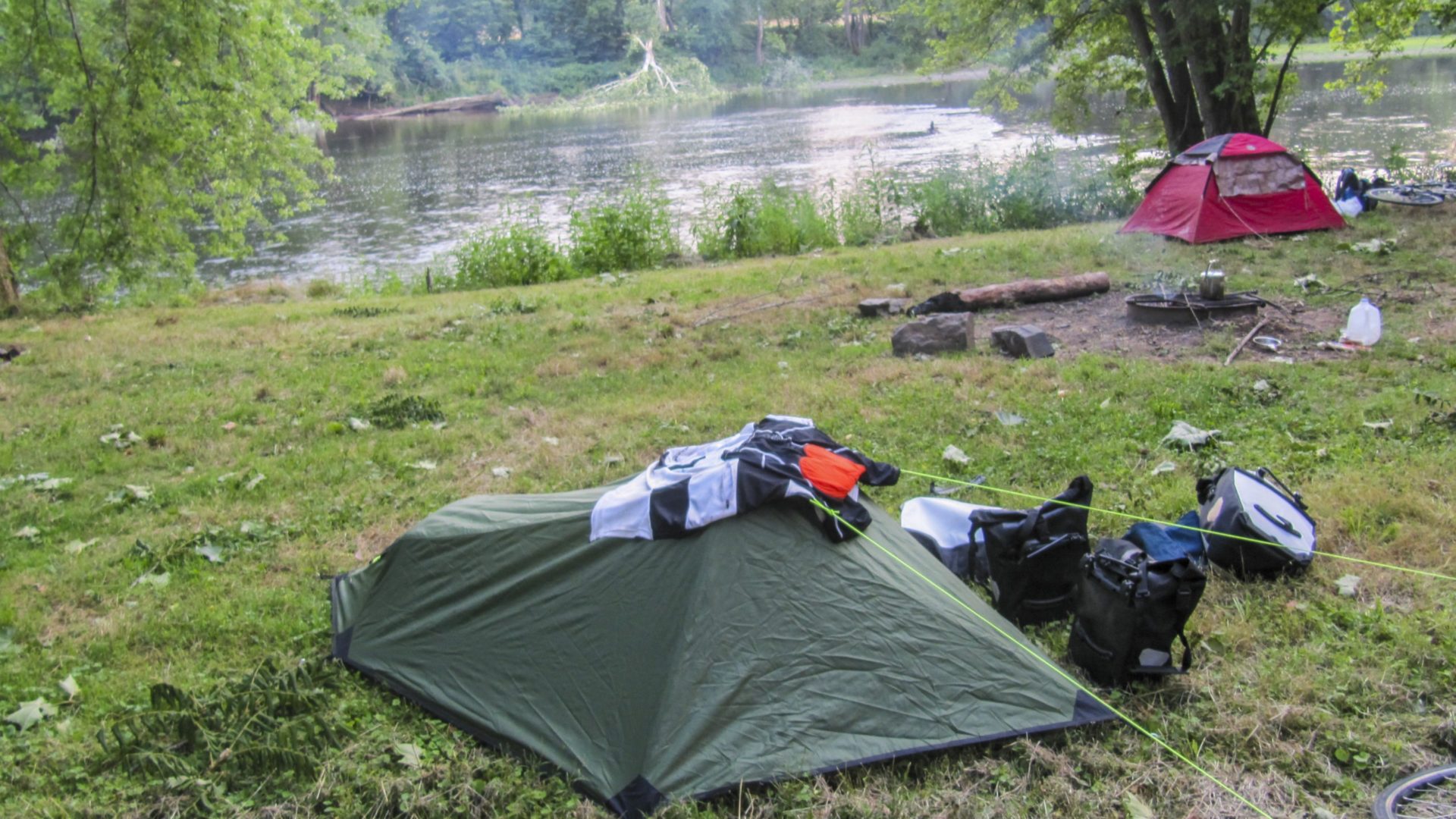 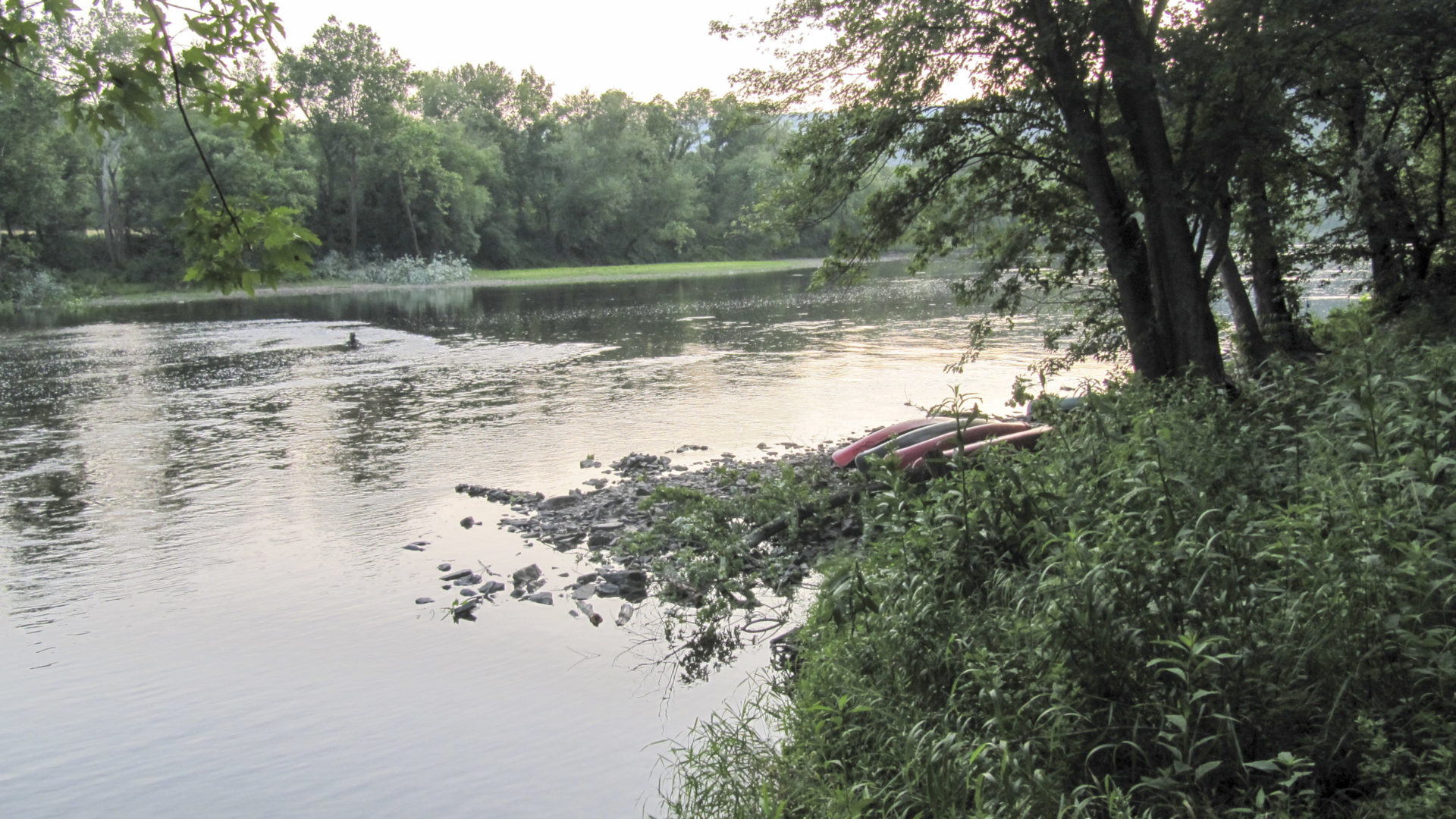