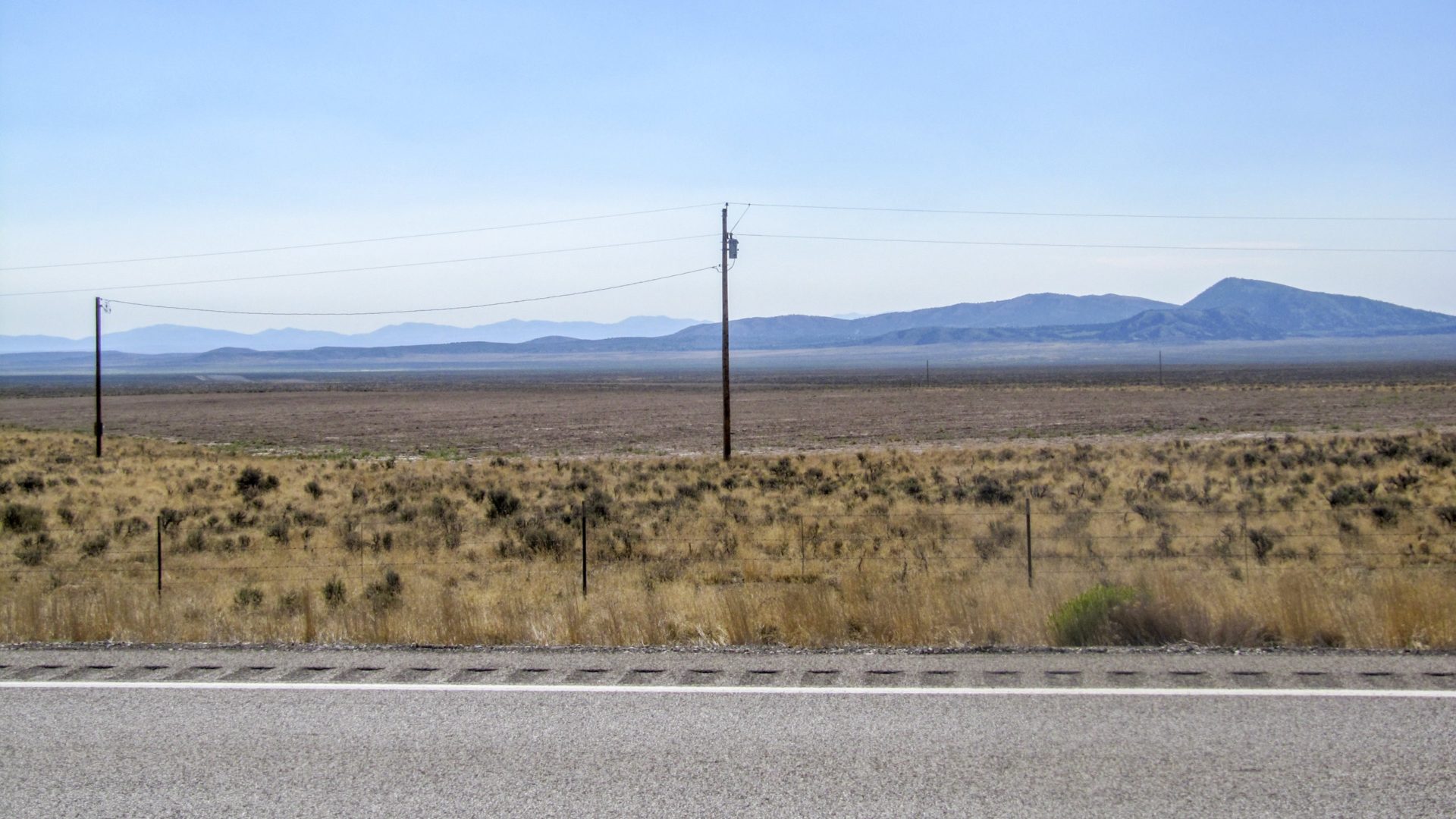 Well through the night, I thought I was witnessing a massive downpour only to find the sprinklers on the front lawn had been turned on! I was offered breakfast in the next door house, which I accepted of egg burritos and tea. They were telling me about what they do, proper Cowboys they were, riding horseback over the mountains herding cattle. I couldn’t quite believe what Nevada was like I was imagining a desolate plain but it was quite stunning much to my surprise.

I headed off and continued along the highway till I got to Wells, a quick lunch, but still slow to get away, one thing the desert is, is boiling hot and again the temperature rose way above a hundred degrees and not for the first time this trip. I headed off on the freeway but I saw a parallel road next to it following the freeway, I thought it would be amazing if this went the whole way to Elko, so at the next exit I got off the freeway and onto this road, and at first, it was great. However, with each mile, the road got progressively worst, starting with a few pot holes but then it became gravel. Then I hit a dead end and was left with a choice of whether to backtrack 10 miles or jump the fence into the fields which is what I did. The freeway is fine when there aren’t road works because you have a huge hard shoulder to play with and although lorries are flying past at 70 mph, you feel a lot safer than the highways with the tiny shoulders.

I hit Elko just before sunset and again had planned to go on but I was knackered, so I put myself up again to get a good night sleep and get going again in the morning. 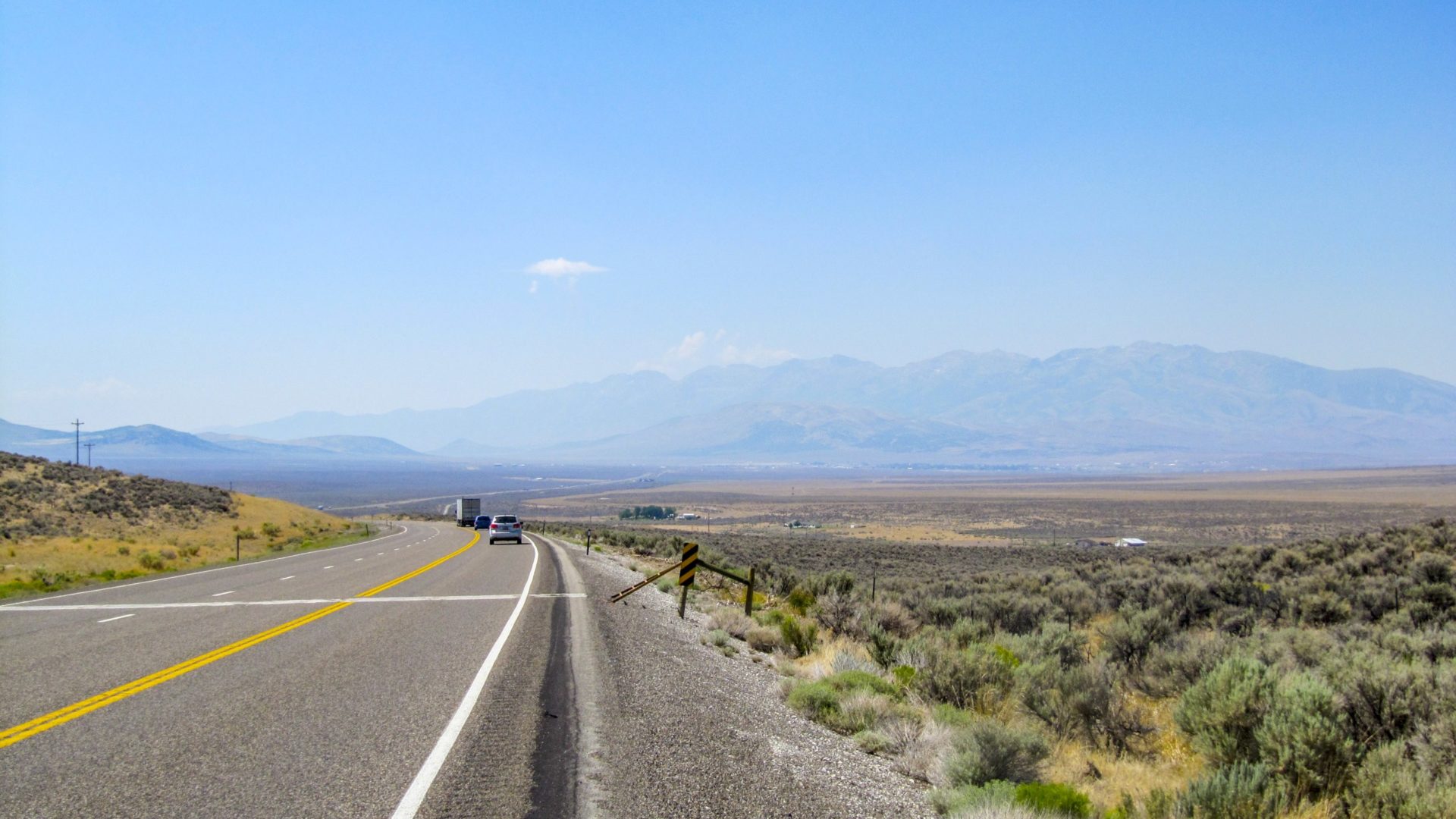