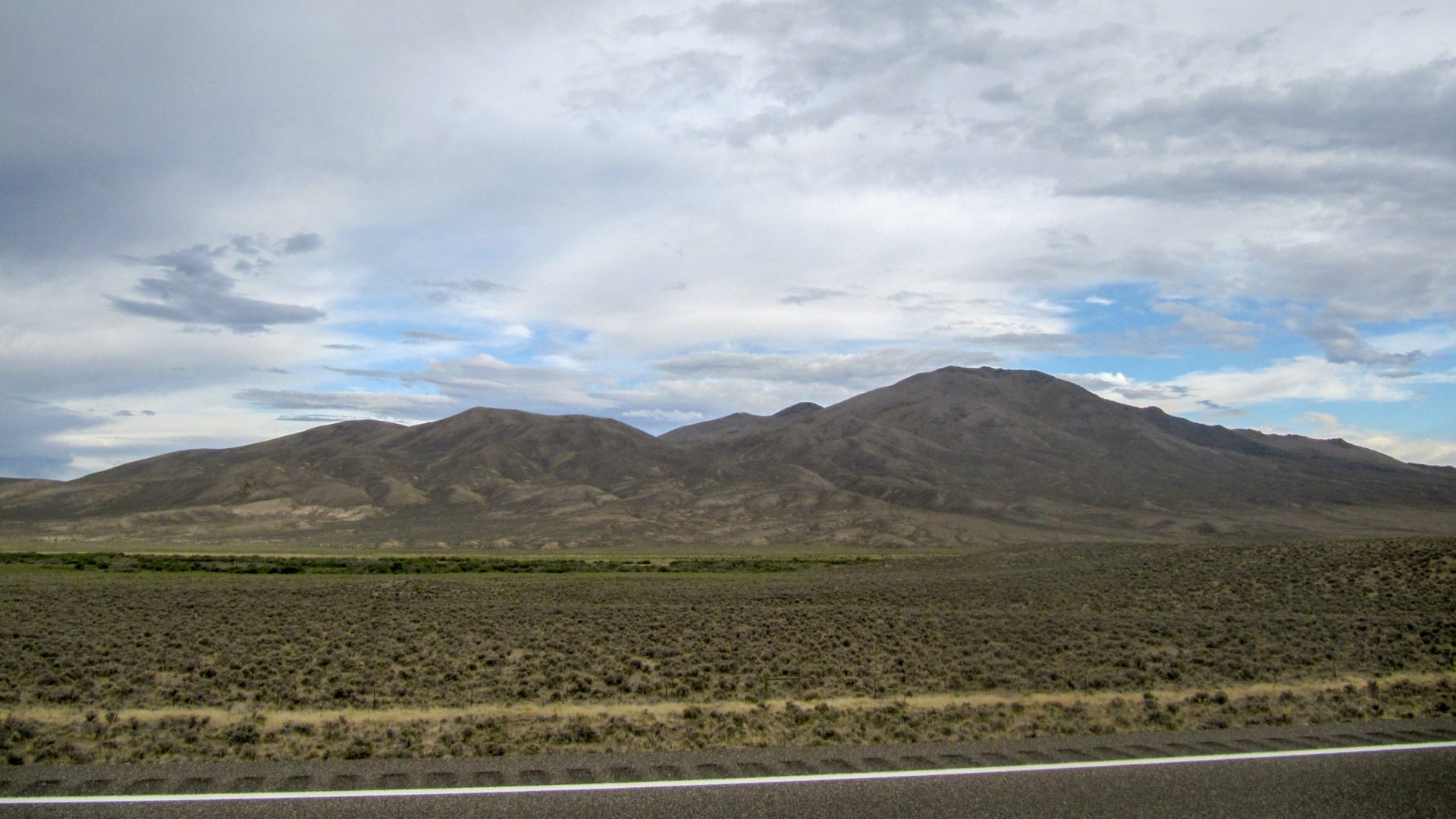 I was slow at getting away today, which didn’t help with the wind picking up, I was heading into the desert through highway 93. I stopped off at nearly every gas station with the thought that maybe when I come out again the wind would have calmed down, but no! Road works along the way slowed me even further down and with the busy traffic it was proving quite dangerous, tall lorries were going past me giving me no room and when a car went past with a trailer, it was so close I ended up falling over the edge and down the hill. I didn’t hurt myself but it was just really quite annoying.

I entered Nevada, the State of gambling and what better town to stop off at then the town of ‘Jackpot’. I went into one of the casinos not to gamble but to have lunch and when I returned to my bike there was a huge storm brewing. I got going but I was actual quite nervous of getting struck by lightning after passing a car that had been struck and was now on fire in the distance. I stopped for a bit and got going when I thought it was safe again. Nevada was nothing like I thought, it had mountains everywhere I looked, surprisingly beautiful.

I had a very narrow shoulder to work with throughout and as the light began to fade and I wondered what bizarre place I might camp at tonight. I saw a farm in the distance, now I haven’t gone to a farm since Ohio and I wasn’t that impressed with their hospitality, but I thought I would try again and much to my delight, I seemed to of picked a fantastic and welcoming family, they didn’t mind me pitching my tent and they invited me in for some leftover BBQ beef and then let me watch the Olympics with them before I settled in for the night. 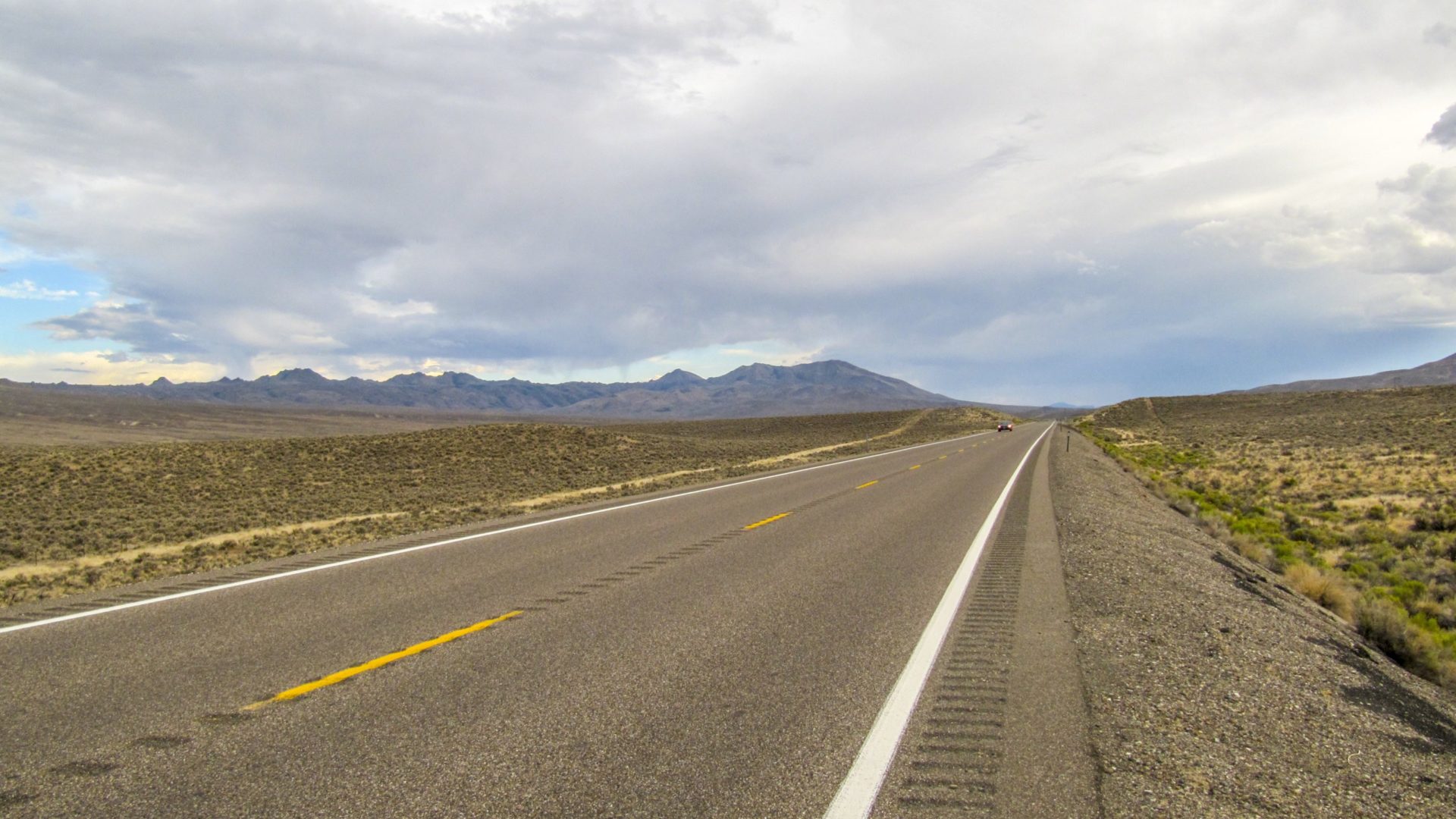