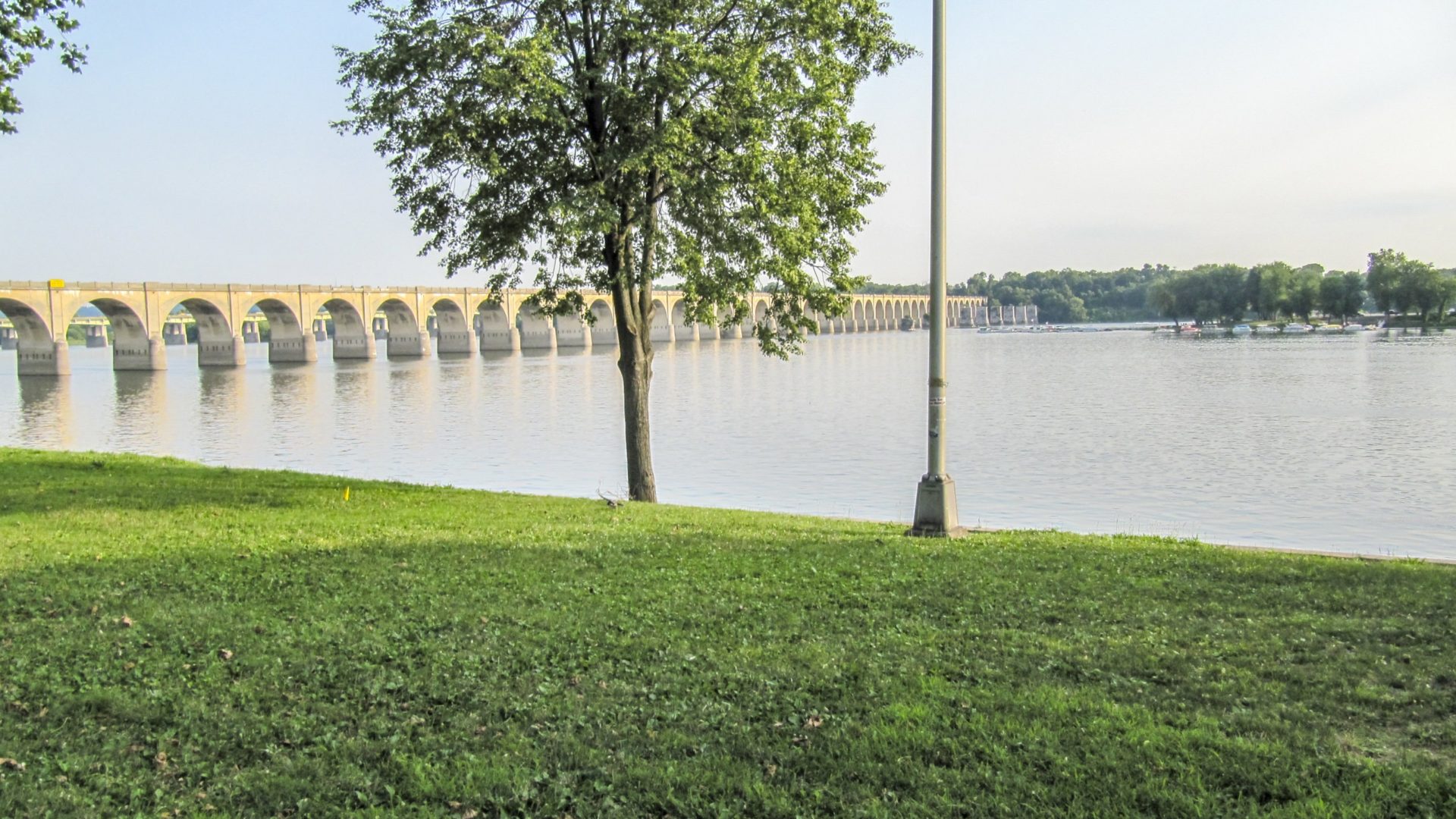 A good night sleep and a big breakfast just down the road were just what I needed. I was now in Amish Country and they struck me as incredibly friendly people, they probably had more enthusiasm for my trip than I did!

I hit the road and headed for Harrisburg before turning towards Carlisle. It was backcountry roads so the traffic was okay.

When going down these country roads people would pull over to ask if I needed any help, obviously assumed I was lost, especially when I would say I was looking for the way to San Francisco!

As I was nearing Harrisburg in the late afternoon passing through next to the river and over the bridge, I questioned my decision to keep going as there was a good buzz about the place and I was already very tired.

Marquees had been set up and people started arriving for the baseball game. I was intrigued to watch a baseball game as it is not too popular in the UK and I thought this would be a perfect opportunity to delve into some American culture.

I booked myself into the Comfort Inn, quickly showered and headed over to watch the Harrisburg Senators against some team called the Pirates (I wasn’t really sure).

After seeing the Harrisburg Senators losing 3-0 at half time. Along with Monkey racing and midget wrestling, it was more than I could take. I headed back to the Inn for a quick supper at the ‘Paradise in India’ restaurant. Not quite the authentic experience one might expect from the name but nevertheless the food was good.

On the way out I was bombarded by a group who thought I was a celebrity from the news, I assured them I wasn’t but somehow they didn’t believe me. Off to bed, another big day tomorrow.