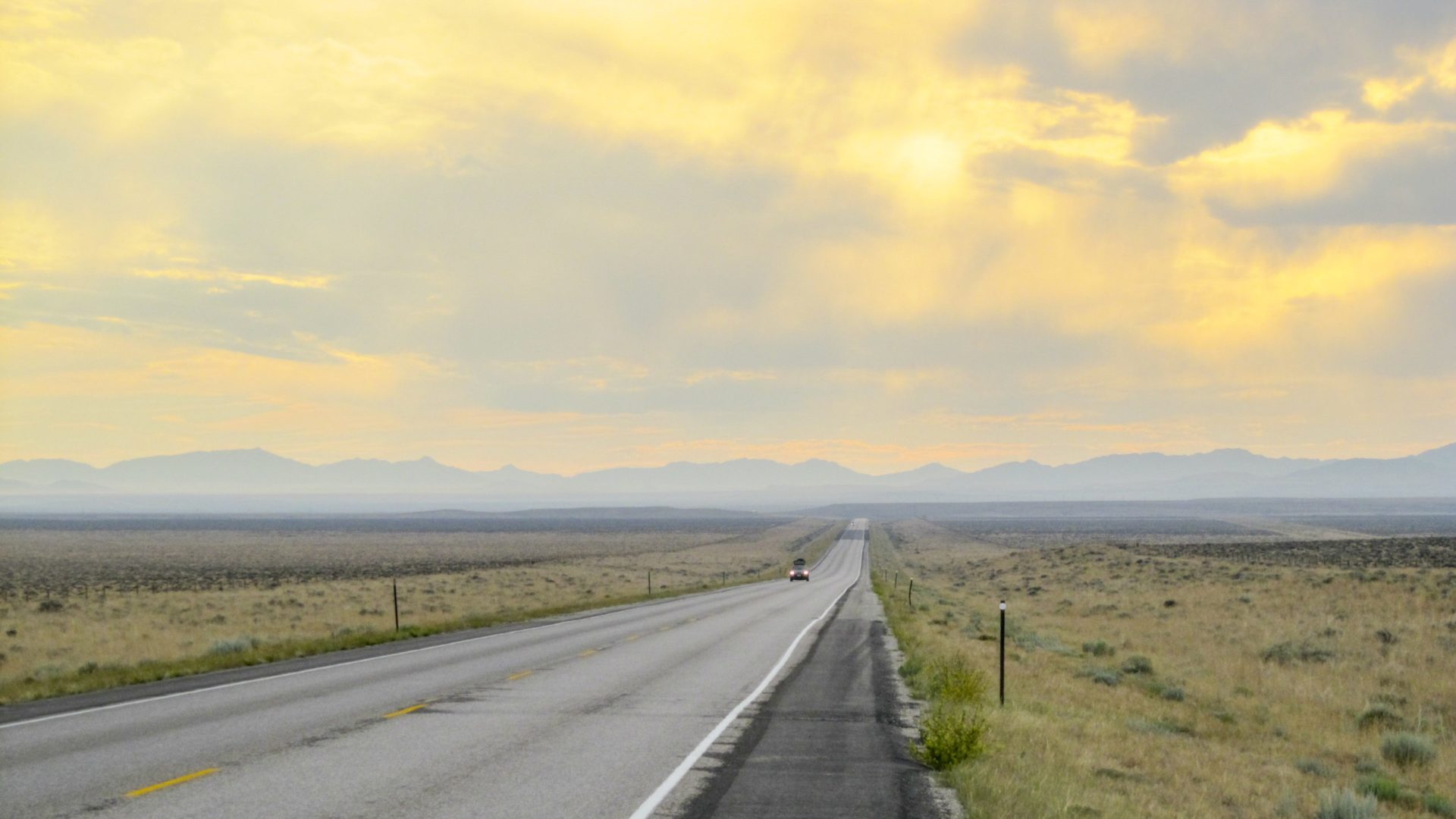 I must have picked the worst day to shave my beard if you could have called it that! I spent the afternoon sitting in a bar in the middle of the desert with nothing in a 50-mile radius to listen to other than heavy metal. The bar was preparing for the Metal Fest for the night ahead, mostly bikers would come from miles around, especially for the night.

I had somehow managed to pick the wrong day in the calendar year to come to this bar. Let’s just say Heavy Metal isn’t really my cup of tea. Nevertheless, all part of the American experience! I could have blended in with my old beard but my clean shaven baby face made me stick out like a sore thumb, they were a really friendly bunch though. Before I left I got chatting to some of them about their trip and other stuff.

I left late afternoon and had a bit of climb but after that, it was relatively flat and I was cruising. There was view after view, the Rockies were a distance silhouette and growing larger with every mile I gained. Tonight I was camping and after 8 pm I was on the lookout for a spot.

In flying down a hill at some pace, I saw a historical site that seemed to be closed. I went to investigate to see what there was and if there was a possibility of sleeping there. All very nice and smart. Before I went on a search mission, I popped to the loo and for some reason, I was quite impressed and decided to play it safe and sleep there.

Now people may think it’s disgusting and wrong to sleep in the bathroom but it was clean, had a plug socket and there was no chance of insects getting in. I settled there and ended up just watching a movie, hoping that security wouldn’t come in and find me because that would be a difficult one to explain! 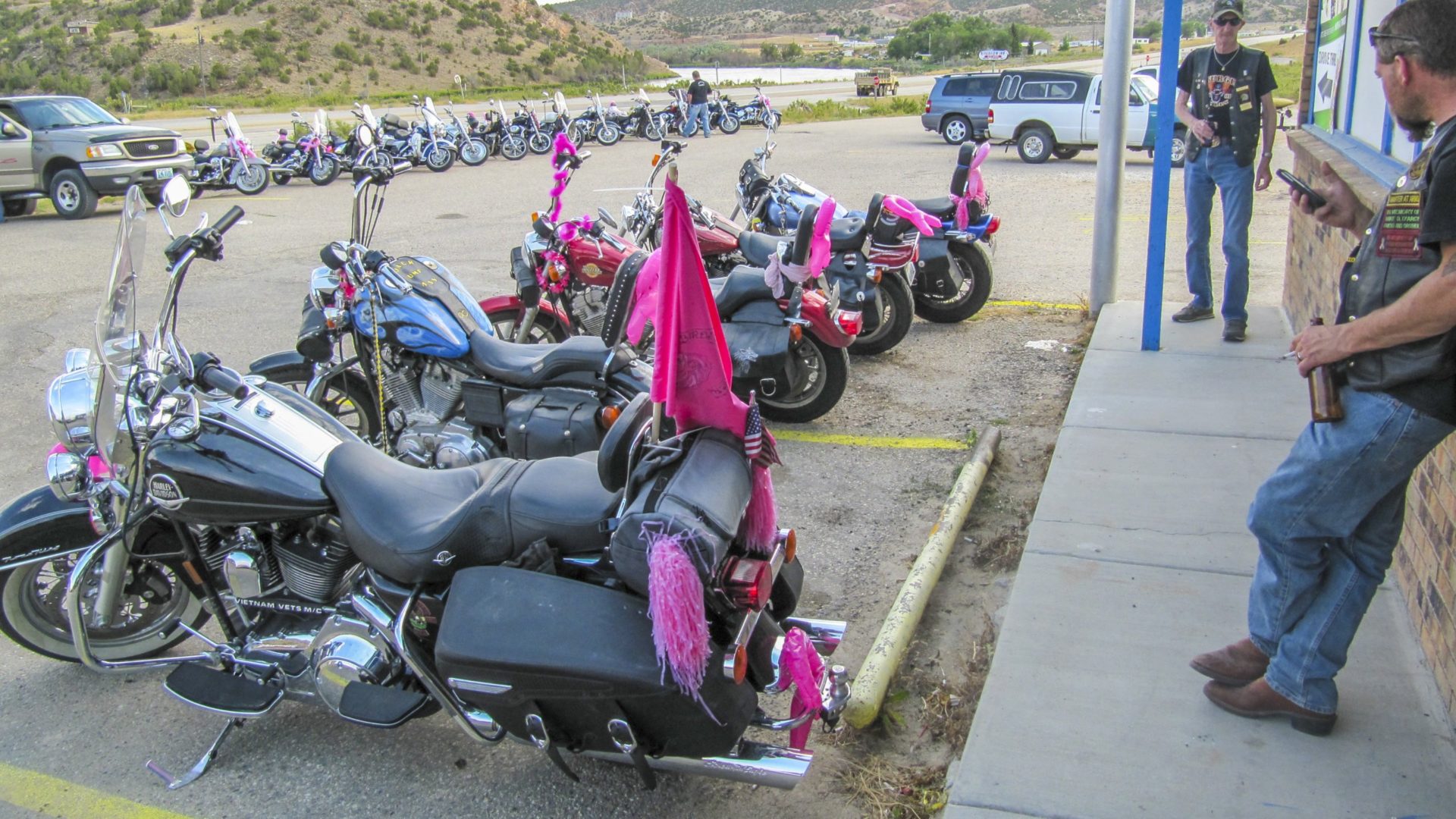 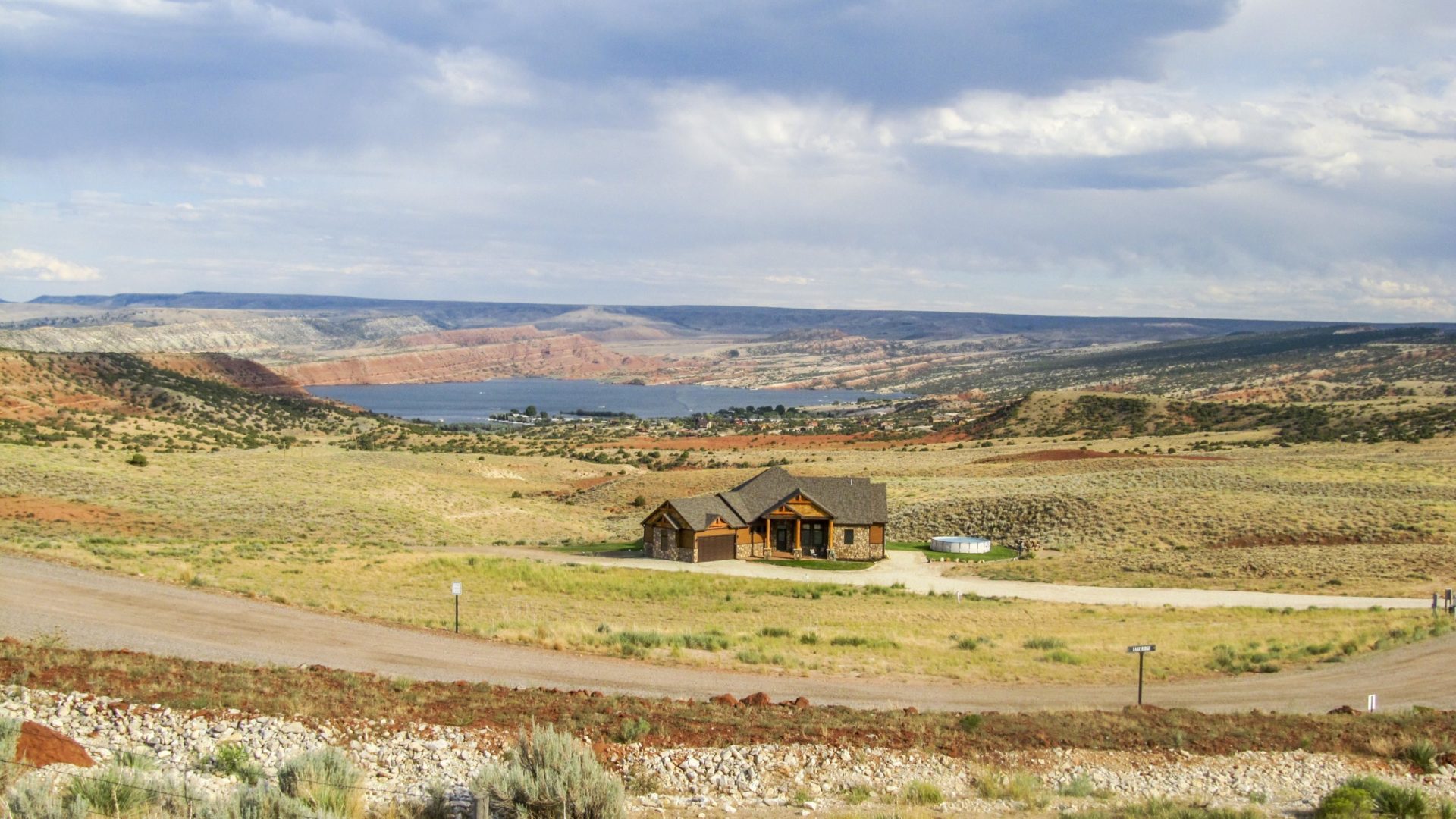 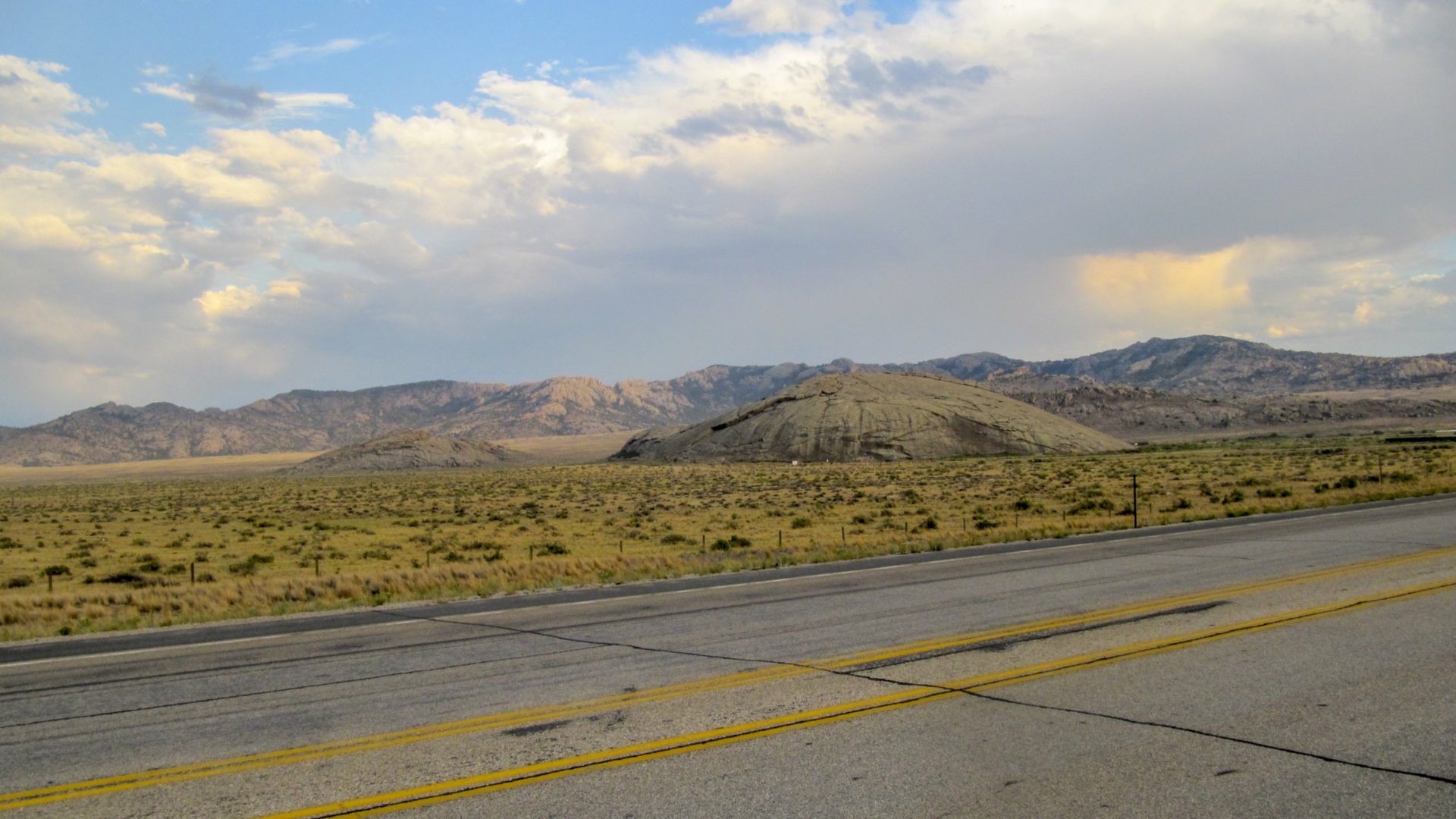 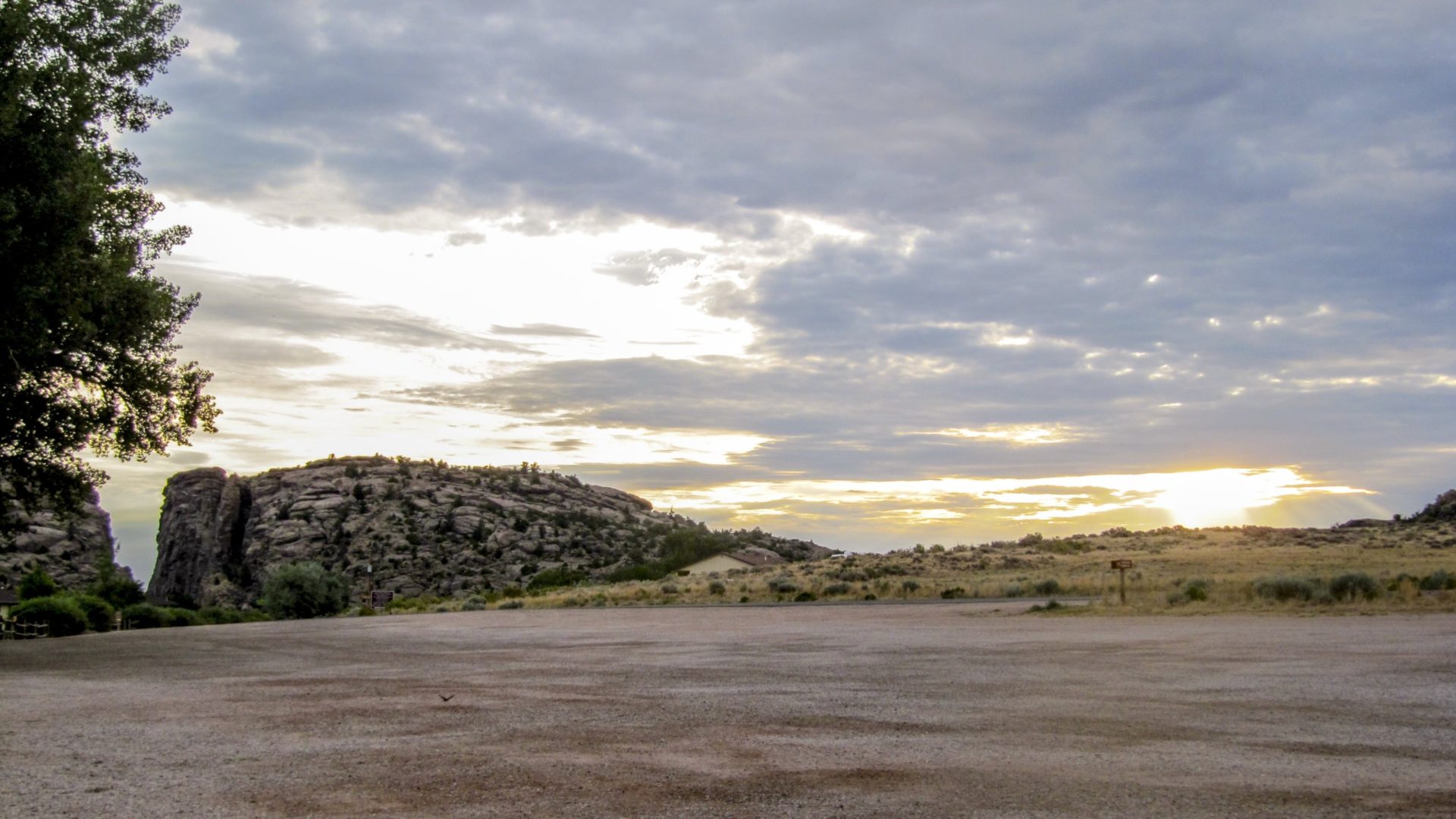