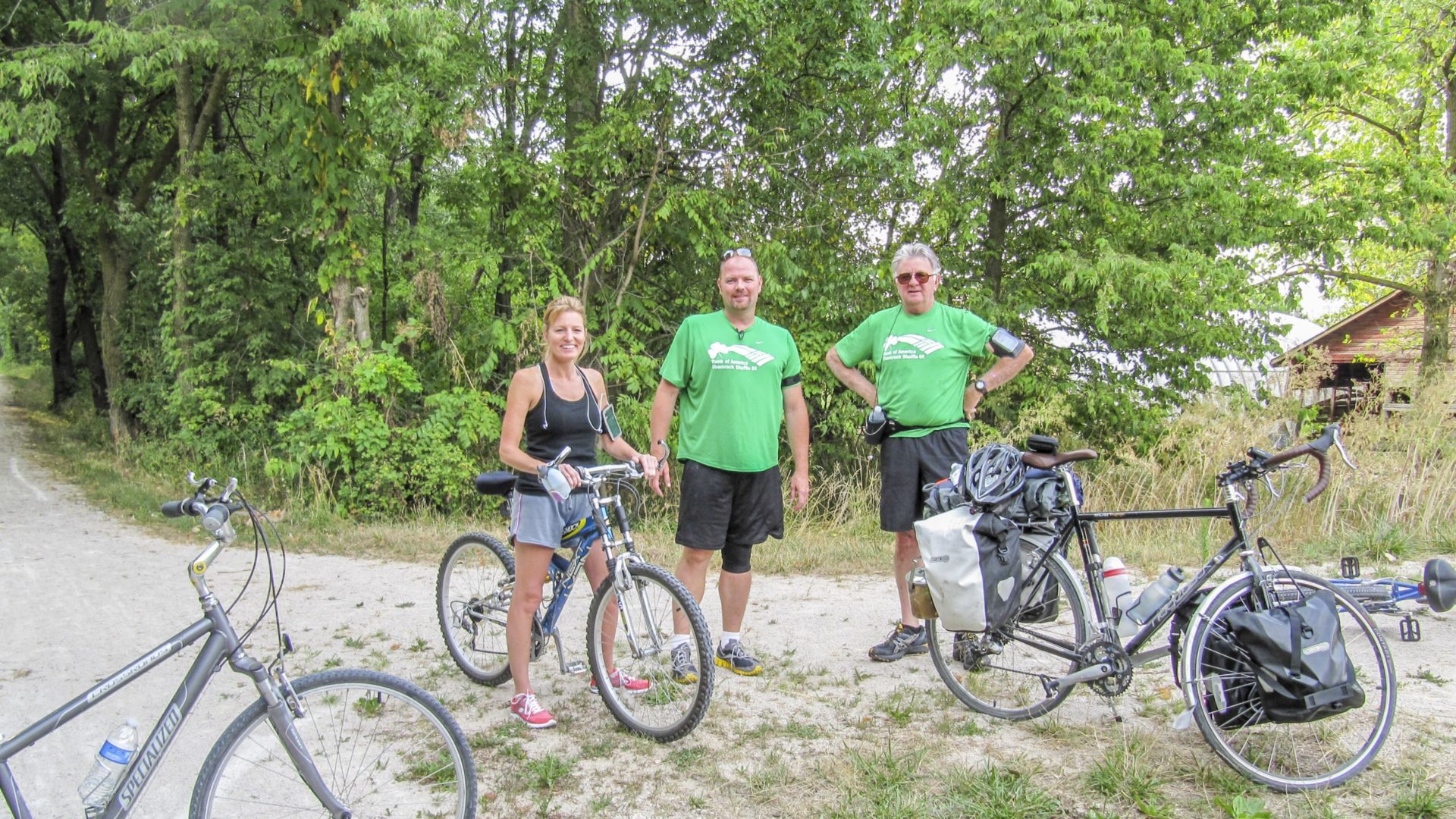 The night before there was talk of a 6.30am bike ride. I thought there would be no chance of that after they had stayed up till the early morning, however, they were ready to go and before me! We cycled back onto the trail and after about 6 miles we said our goodbyes as I think they had to get back. I thought this could be a good day to pick up the miles, but the trail was damp and my bike was sinking into the mud making it hard to pick up the pace. I stopped for lunch in La Salle, at an uptown grill. This place had been raved about all over the area as the place to eat. Even Kid Rock ate there the night before or something like that. It was a pretty fine lunch nonetheless.

I got back on the trail only to find it ended 2 miles down from La Salle and I had to backtrack and head onto the road. I was so annoyed that I had wasted 4 miles I decided to have an afternoon snooze under a tree. It was another 100degree plus day and I had no plans on hitting the road quite yet in that heat.

I headed on, trying to make up a bit of time to Princeton (no I am not back in New Jersey). I headed into a tavern and was lucky as it was supposedly the best one in town, if not the only one in town! While I was there I got chatting to the couple next to me. I really am the odd one out in these places, rocking in with skimpy shorts and a tight top! People are always intrigued to know why someone would wear such a ridiculous outfit for supper. I told them about my journey and they told me about a play going on in town which their daughter was in and wondered if I wanted to go and see it. I politely declined as I was keen to get a few more miles done before nightfall. They left for the play and I finished my supper. When it came to paying, however, I was told that the bill was taken care of. I looked round to see who could have paid, but I didn’t see anyone. The couple who I was chatting to had left and paid for me without me knowing and I didn’t get the chance to thank them. Just another amazing show of generosity from the American people.

I cycled into the next town and got on the trail before calling time, as it was pitch black and I couldn’t go on. I set up for the night next to a river and was out like a light. 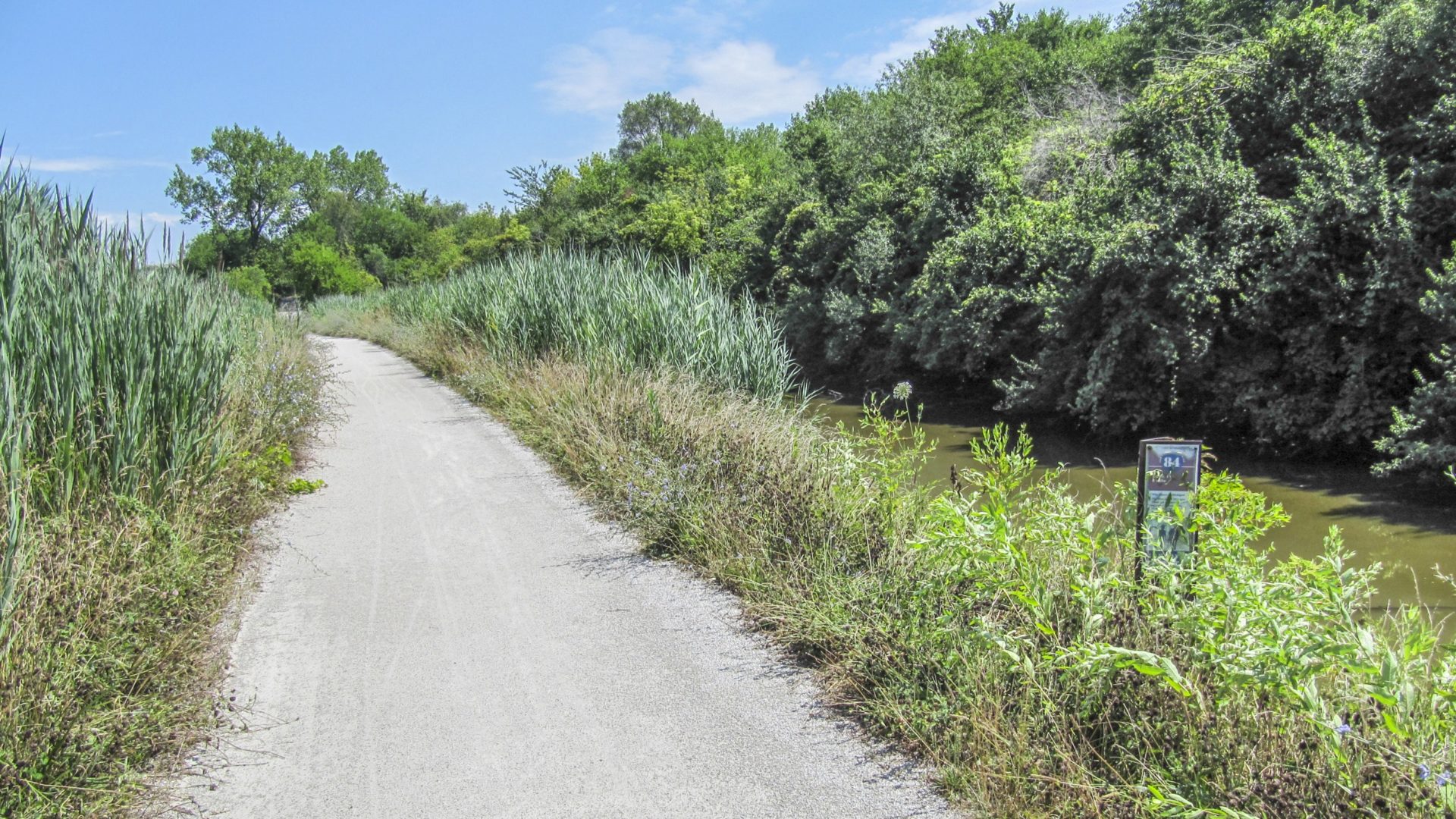 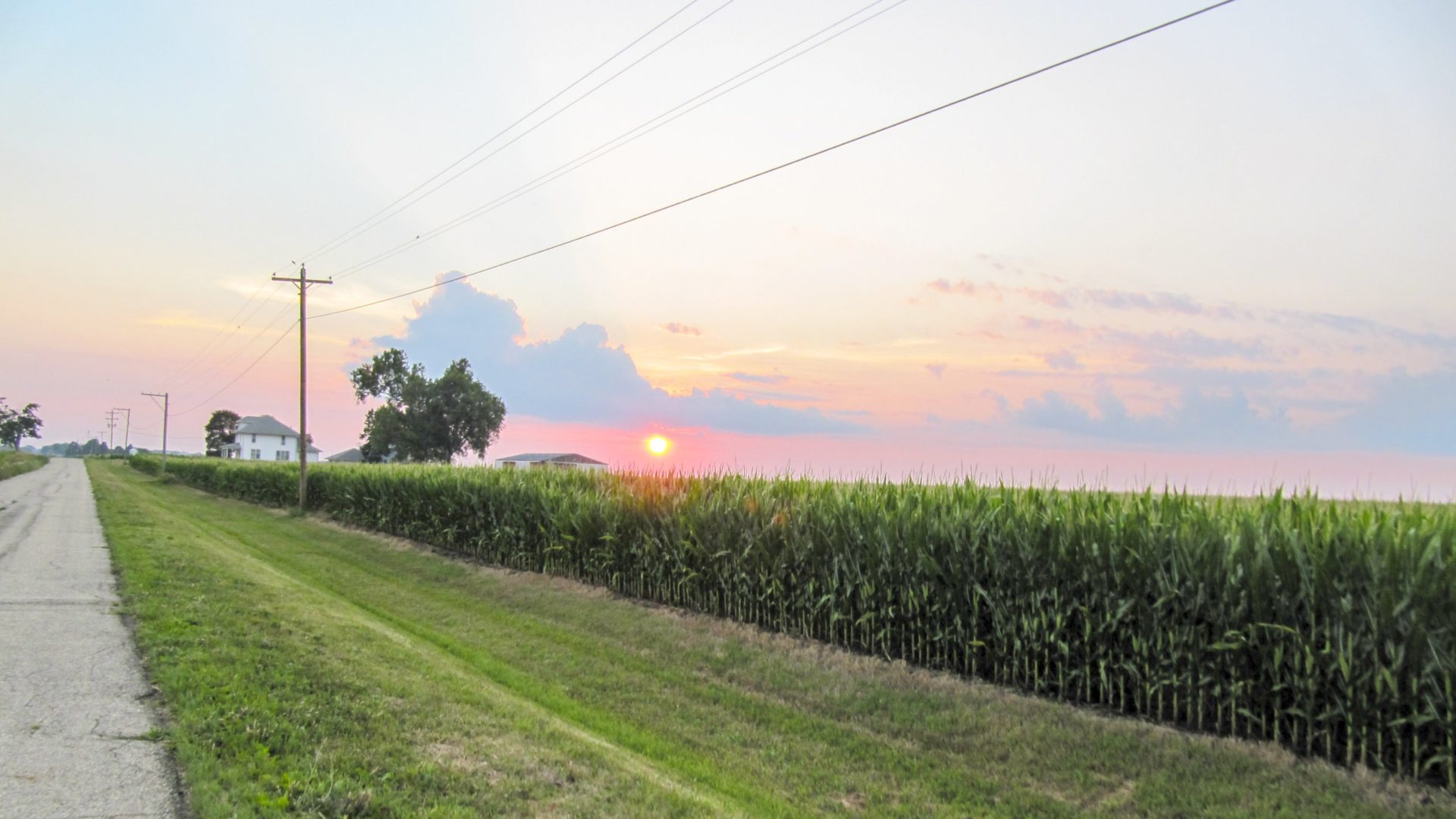