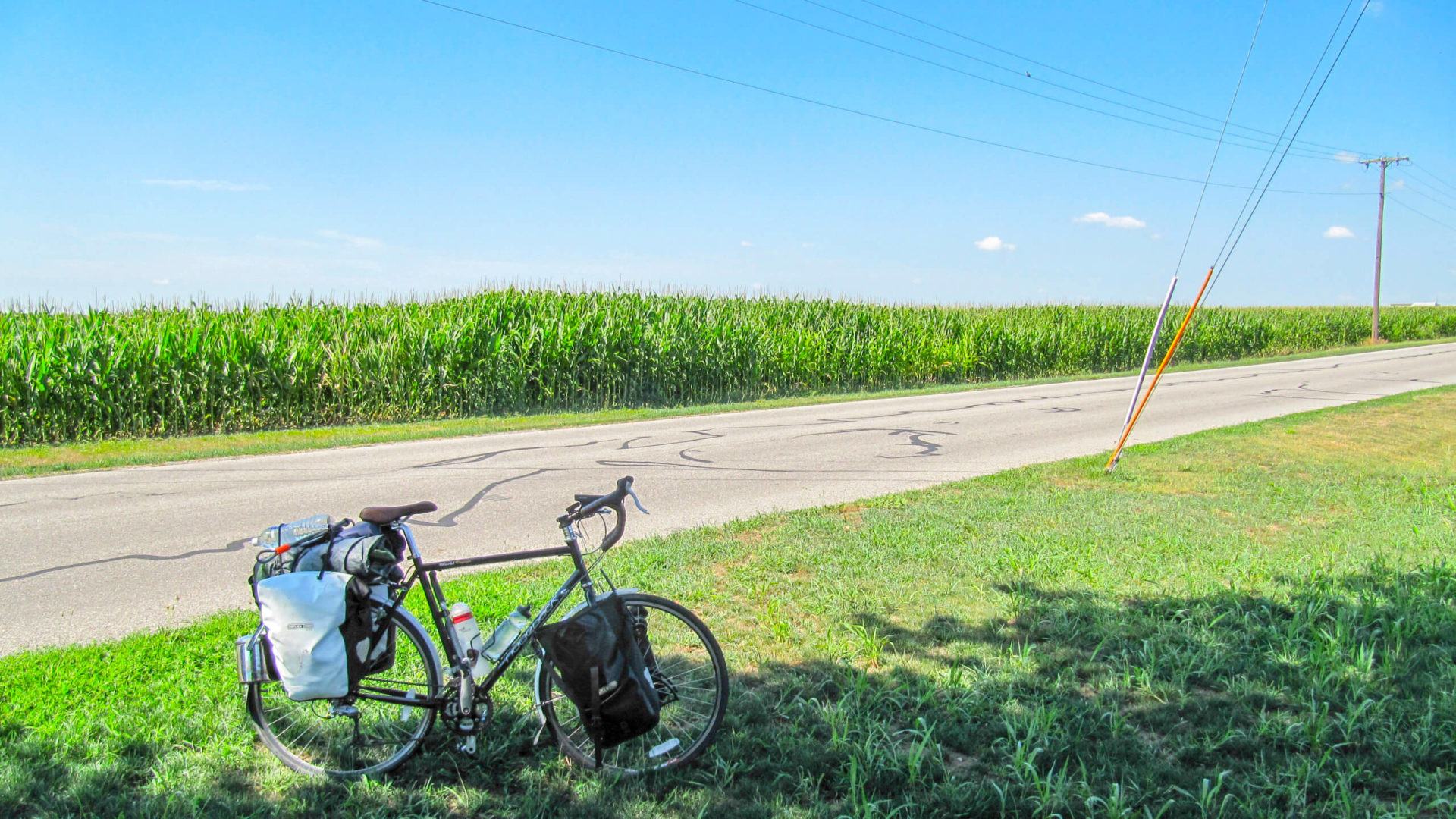 I got early and cycled to the next town, West Unity. Sitting munching away on a stack of pancakes and Ohio maple syrup, I got chatting to the locals about my trip. They warned me about what to expect further on through Indiana. When saying goodbye they chucked me a few postcards to remember the town and wishes me luck.

I must have gone about 10 miles and then all of a sudden, I felt like had ventured back in time a hundred years. The smooth tarmac road had turned to a heavy mud track and the pickup trucks that raced past me at a ferocious speed were now horse and carriages, where was I? Was I deep in Amish Country? Struggling through the thick mud tracks and nearly tumbling at every corner, I eventually made it through to the town of Hamilton for lunch. I had crossed a state and I did not even know it. After lunch and a long afternoon snooze, I decided to head to the next town for supper, only that the next town was 40 miles away. I was on uninhabited roads for miles with not much to see, other than corn and soybean fields, I tried to think of each one as different and try and make something interesting out of the fields but it was proving futile, it was quite dull most of the way.

I finally made it to the town of Lagrange, upon arrival I was a little unsure about the place, everything seemed to be closed except McDonald’s and the noisy bar across town. I decided on the bar and grabbed some fish and chips when it came to the bill though I was told it was taken care of. I hadn’t spoken to anyone and someone had picked up my bill! I was told it was a chap at the bar called Deano. I went up and thanked hi, saying it was so kind of him. He told me he was a biking enthusiast and had done similar things before. After a quick chat, I headed off. I had been tempted to carry on cycling after supper to make up the miles but ended up checking myself into a rather insalubrious motel. After two nights in a tent, I need a bed and anything with a shower was paradise! 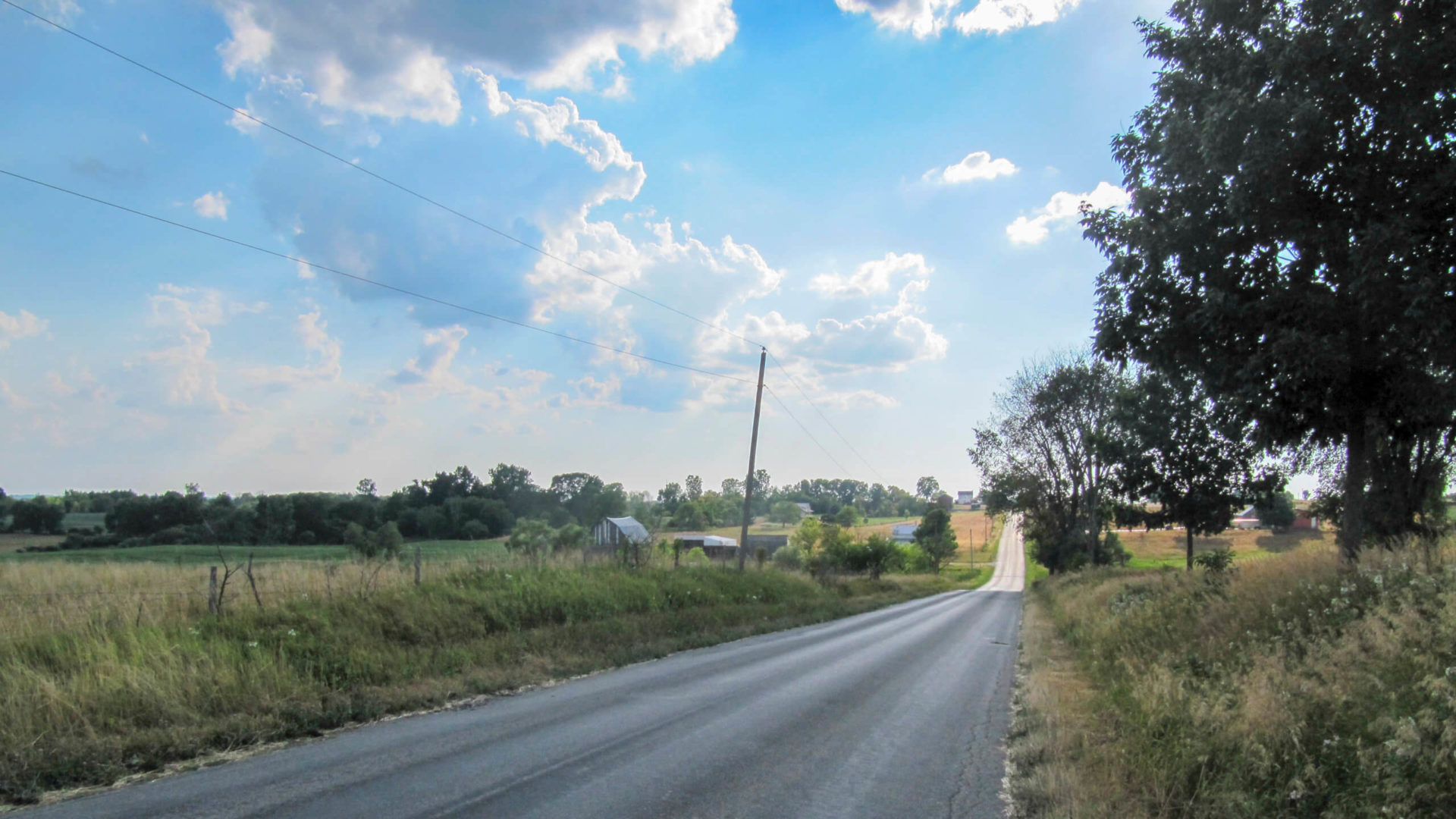